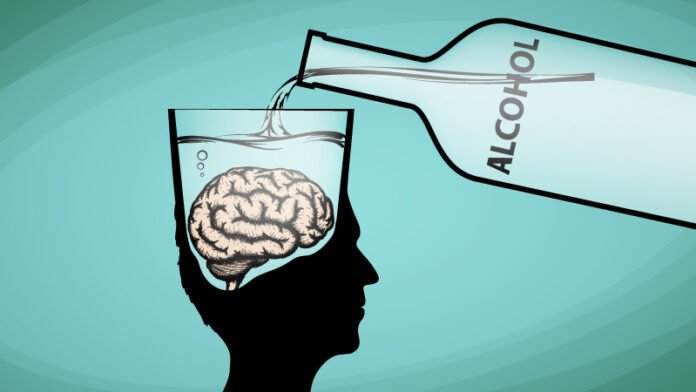 In this article, we’ll explore how alcohol can affect psychiatric symptoms. We’ll also cover the effects of alcohol on Neurotransmitters in the brain, Sleep patterns, and social factors. And, of course, we’ll talk about the dangers of excessive alcohol consumption. But what exactly is alcohol and how does it affect your mental health? And how can you protect yourself? Keep reading to learn more about the dangers of excessive alcohol use, as well as some tips for dealing with alcohol addiction.

Effects of alcohol on psychiatric symptoms

Many of the effects of alcohol are largely subjective and depend on the amount and duration of consumption. For example, small amounts of alcohol can lead to feelings of euphoria, while larger doses can produce dramatic mood swings. Alcohol’s disinhibiting effect may impair judgment and unleash aggressive antisocial behaviors. Some of these behaviors may mimic the symptoms of externalizing disorders such as schizophrenia or bipolar disorder.

Psychological evaluations of alcohol-dependent patients are crucial to help them determine the extent of their problems. This may involve the use of a breathalyzer and an assessment of psychiatric complaints. A patient who appears to be depressed when acutely withdrawing from alcohol may actually be anxious. The same is true for those who report symptoms of alcohol withdrawal, which can vary according to the severity of the condition.

While alcohol may be effective for relieving stress and relaxing, it has numerous negative effects on mental health. It may make problems worse and make people impulsive, and increase the risk of self-harm and suicide. Even if alcohol isn’t the main cause of a person’s symptoms, it’s still dangerous to drink regularly. This can lead to alcohol use disorder. You should also consider the long-term health effects of alcohol. Alcohol consumption can affect the liver, kidneys, and heart.

Alcohol abuse can trigger signs of anxiety, depression, psychosis, and antisocial behavior. These symptoms may cluster over weeks or months. They can also mimic psychiatric disorders, but will usually disappear after several days of abstinence. The key is to avoid prematurely diagnosing a patient with alcohol abuse and to follow the signs and symptoms of alcohol dependency. There is a huge potential for misdiagnosis and missed diagnosis.

In addition to the obvious physical effects, alcohol can affect brain chemistry. It alters neurotransmitters in the brain, which send signals to nerves. When these chemicals are disrupted, negative feelings can become the dominant ones. Alcohol is also a mood enhancer, and can make depression symptoms worse. Therefore, it’s important to understand what alcohol does to the brain. So, let’s explore these effects in more detail.

This article describes the ways in which the social environment affects alcohol and mental health. The social environment, or SES, includes the economic conditions, employment status, housing status, and family support. While addressing these issues is vital to improving our society, it is important to consider the social conditions of marginalized populations. These factors may also play a role in reducing alcohol consumption. In particular, the factors that make people feel more supportive of one another may reduce the risk of alcohol-related harm.

Although the social context of individuals’ lives can influence alcohol consumption, there is little evidence to suggest that these factors directly influence alcohol use. Although SES is positively related to alcohol consumption, it does not appear to be related to other negative consequences, such as unemployment and social disorder. Although higher SES is associated with lower alcohol use, lower social status protects against some of these negative consequences. Nonetheless, lower educational attainment is associated with greater alcohol-related harms, especially among men and women. Further studies will be needed to clarify the exact nature of these complex relationships.

These factors affect alcohol consumption and mental health in many ways. These factors affect the availability of alcohol and the social norms that accompany alcohol use. While there is no single cause of alcohol-related harm, there is an overlap between the different social groups in the society. Inequality, gender, age, and economic status all affect alcohol consumption and its negative consequences. It is essential to recognize these social factors as well as the cultural and economic conditions of the society in which it exists.

Neighborhood SES is a key factor in determining alcohol consumption and mental health. Low SES is negatively associated with heavy alcohol use and negative alcohol consequences, while higher SES correlates with higher drinking and fewer negative alcohol consequences. Income inequality and neighborhood disadvantage also affect the risk of alcohol-related problems. These findings may be difficult to interpret but should be emphasized. This study has many implications for the future of research in this area.

Neurotransmitters in the brain

Drinking alcohol alters the levels of neurotransmitters in the brain. Neurotransmitters are chemicals that send signals throughout the body and play a key role in controlling behavior, emotion, and physical activity. By altering these chemicals, alcohol can lead to an addictive state. Many people who drink alcohol experience heightened cravings and daily mood swings. However, alcohol can also have other detrimental effects on the brain.

In addition to altering neurotransmitters in the brain, alcohol affects several other systems within the brain. Alcohol affects the mesolimbic system, which controls reward and pleasure. This region is involved in the reward pathway and is affected by almost all pleasurable activities. Furthermore, alcohol inhibits the glutamate receptors, which are necessary for reward. Alcohol also blocks GABA receptors, which help regulate mood.

There is also evidence that glutamate-mediated signal transmission is suppressed in the central nucleus of the amygdala after acute alcohol administration, but it is not completely clear how chronic alcohol use affects the brain’s response to rewards and punishment. Chronic alcohol consumption also affects glutamate systems, which are involved in neuroplasticity, a process that reorganizes brain cells and promotes hyperexcitabilities. Alcohol can also influence the production of dopamine.

The effects of alcohol on the brain are often subtle and can occur without any apparent effects. Alcohol affects the brain’s glutamate receptors, which regulate the rate at which neurons fire. This is the mechanism by which alcohol leads to intoxication. While the effects of alcohol may not be obvious to the untrained, they can still have profound consequences. These effects are responsible for a wide variety of mental and physical reactions, such as irritability, anxiety, depression, and mania.

As the most popular sedative in the world, alcohol also affects brain neurons by influencing their levels of GABA. Alcohol acts as a “glutamate antagonist,” reducing the neuron’s ability to fire. Alcohol increases GABA levels by enhancing the GABA effect. Alcohol also decreases the excitatory effects of glutamate on NMDA receptors. It is thus an effective sedative.

One of the effects of alcohol on sleep is its tendency to alter your brain chemistry. Alcohol affects gamma-aminobutyric acid, which inhibits impulses between nerve cells. As a result, it makes you sleep fitfully, causing more frequent wakings. You may also wake up early to pee. This is one of the main reasons why alcohol affects sleep. Consequently, alcohol affects your sleep pattern and may cause you to have more vivid and stressful dreams. Alcohol may also cause you to experience more fitful sleep, which means you’ll wake more often during the night, which also means that you’ll be more likely to remember your dreams.

While most people know that alcohol influences our sleep, it is still unclear as to how it affects our bodies. Research has linked excessive alcohol consumption to many adverse effects, including depression, anxiety, and obesity. The lack of sleep is known to impact our moods. In fact, research has shown that lack of sleep is closely related to poor eating habits, poor mental health, and increased risk of heart disease. Hence, avoiding alcohol during sleep is crucial to promoting mental and physical health.

Other sleep disorders associated with alcohol abuse include insomnia, waking up during the night, and early morning awakenings. This can be problematic for anyone, but it is particularly difficult for alcoholics, who typically experience problems with staying asleep and achieving a sound sleep. Besides alcohol-induced insomnia, alcohol-related mental health conditions can cause insomnia and can lead to depressive symptoms, including difficulty initiating sleep or maintaining it.

One study showed that daily alcohol consumption has a moderate impact on sleep quality. In general, moderate alcohol consumption decreases anxiety and sleep disruption. In northern Taiwan, 84 participants aged 20 to 80 years old took part in a sleep study. Participants were given structured questionnaires to collect data on demographics, anxiety levels, and perceived sleep quality. The results of the study were analyzed by a computer program. This method has some significant limitations.

How to Extend the Shelf Life of Your Whiskey

Is Your Skincare Routine Necessary? best products for your Skin

Amorgos on the Aegean Sea